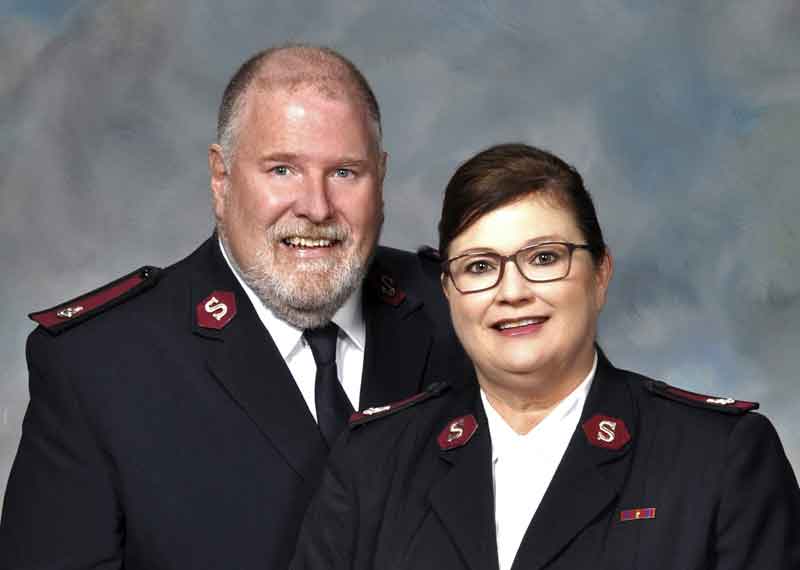 Majors Doug and Judy Hart will be serving Rochester as our new Area Coordinators.They’ve been officers for nearly 30 years but The Salvation Army has been part of both of their lives since young ages. Major Judy received assistance from The Salvation Army at age five when her father left her mom with seven children to take care of. “We received  more than just food, we received encouragement and hope. I was encouraged to take part in the youth programs and to shoot for the stars,” she said. “ I always felt like an individual at The Salvation Army, coming from a large family, that was a rare feeling.” Major Doug was born into a family of officers and spent his childhood moving all over as his parents got new appointments. He graduated from Kendall High School while his parents were the camp caretakers at Camp Troutberg.

Both Major Doug and Major Judy believe the most important thing that needs to happen in Rochester is to continue to produce quality programs in order to heal a whole person. “William Booth hit the nail on the head when he said in order to heal a person’s soul, you need to make sure they are physically taken care of,” said Major Judy. “We’re in the business of changing lives, one at a time.” 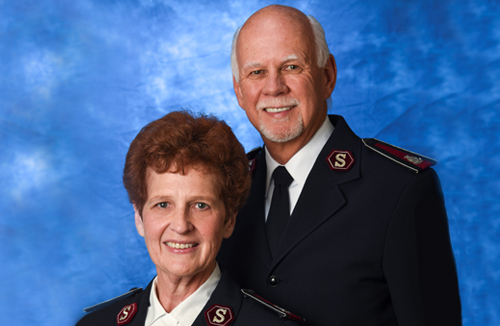 Commissioners David and Sharron Hudson have been officers in The Salvation Army for 42 years.  Commissioner Dave is currently the National Commander. Commissioner Sharron is the National President of Women’s Ministries. National Headquarters is located in Alexandria, Virginia.

They have a wide range of experience as Salvation Army officers, including several territorial and divisional appointments. The Hudsons were corps officers (pastors) for 14 years, including appointments in Oregon, Idaho and Southern California.

David has Business Management degree and a Master of Science Degree in Organizational Leadership.  Sharron has a Masters Degree in Christian Leadership.

They have been married for 41 years and have two daughters, Jennifer and Amy, as well as two grandchildren. 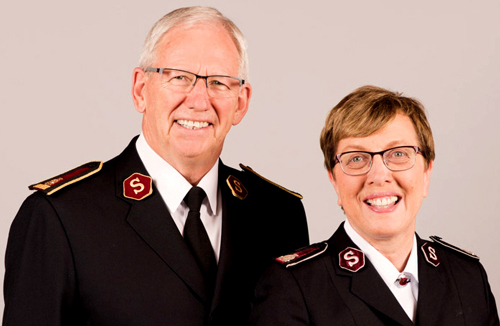 Commissioned and ordained as a Salvation Army officer in 1977 as a member of the Companions of Christ Session, General Brian Peddle has served in partnership with his wife, Commissioner Rosalie Peddle, since their marriage in 1978. Initial service in his home territory of Canada and Bermuda, included corps, divisional and training college appointments.

The General’s first international appointment was to Auckland, in the New Zealand, Fiji and Tonga Territory, as divisional commander. He was transferred to territorial headquarters in the United Kingdom with the Republic of Ireland Territory to serve as chief secretary, with the rank of colonel. A return to the Canada and Bermuda Territory followed in 2011, to take up leadership as territorial commander, with promotion to the rank of commissioner.

Service at International Headquarters initially came on 1 September 2014 as International Secretary for Americas and Caribbean, prior to his appointment as Chief of the Staff on 1 November 2015.

It was on 25 May 2018 that Commissioner Brian Peddle was elected as the 21st General of The Salvation Army, to assume office on 3 August that same year.

Outside of his ministry, the General enjoys kayaking, cycling, hiking and fishing. The General and Commissioner Peddle have two daughters, Stephanie and Krista, as well as five grandchildren.

The General has a strong sense of calling as a Salvation Army officer, fueled by his conviction that God continues to use The Salvation Army to impact the world. The General and Commissioner Peddle are convinced of their responsibility to preach the gospel, encourage the saints and serve those in need.